2016 is almost here! I wanted to take a quick moment to share some of my personal highlights of 2015, and I invite you to do the same. More than hastily making new year’s resolutions, it’s important to stop for a moment and take a glance at what you’ve achieved or what you’ve overcome during the past year. Only then we can make plans for an even better year to come, don’t you think? So here’s my 2015 in review

When in 2014 I quit my job to relocate far, far away from home and work as a freelance, I thought I would only work as a translator, copywriter and web designer. It didn’t really cross my mind to start selling my artwork or even create designs especially to be sold as merchandising but then during 2015 I did… and boy, was I surprised when orders started to flow in from my stores on Society6 and RedBubble, especially for my Vegan t-shirt collection. Thank you to all those who purchased (I’ll never know who you are unless you tell me so, their systems don’t allow artists to get the info of the buyer). I hope to design many more inspiring things for you guys.

If you follow me on social media or here on sevenroses.net, you’ll know by now that within 13 months I’ve moved around quite a bit. From Europe to the Indian Ocean, and then back again. The place that might look like a paradise on postcards, turned out to be a less than ideal place for my husband and me to live in. When you relocate 11.000km away from everything and everyone you’ve ever loved, you want it to improve your life, don’t you? That wasn’t the case for us. So I literally jumped of joy when the opportunity to move on came by and we decided to pack everything again, including our 2 cats, to move back to Europe – this time in his home country, the ever-so-lovely, enchanting France. While we still have some boxes full of stuff to empty, which is embarrassing to admit since we’ve been here since August, we’re making this new place feel more like home every day.

For so many years snow has been an elusive distant friend, because of the place I lived in. But this past October we had such rigid temperatures that allowed the snow to fall and stay for quite a few days. The smell of the snow, feeling it over my face, the magic silence, the white forests… everything is so much more beautiful when it snows, and it’s ok if you don’t share my love (which is deeply rooted in my childhood memories). To each their own ;-)

This was a quick sum-up of what has been going on during 2015. Of course bad things happened, too, I know they are there, and some still hurt (goodbye, Ashitaka♥) but all in all I can say 2015 has been a positive year. I’m so ready for a new year to start and see what else it will bring.

What about you? Let me know in the comments what have been the highlights of your year.

The most popular posts of 2017

5 tips how to stay focused and motivated 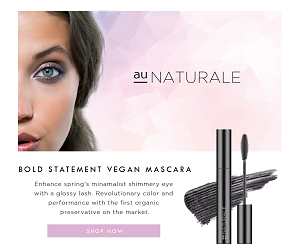